Need to backup the vm’s running on your freely licensed VMware ESXi server? Look no further than Veeam!

Traditionally speaking, when it  comes to VMware based hypervisors,  Veeam only caters to vSphere managed environments. With that said, Veeam has released some client side tools to backup individual virtual and physical Windows or Linux based servers, creating the familiar Veeam vbk and vim backup files we see in traditional Veeam virtual backups. As a previous user of ghettoVCB, I had grown weary of the VIB package maintenance that comes with administering ghettoVCB. As such, I have migrated to installing Veeam backup agent inside all my Windows and Linux virtual machines and now enjoy the mostly maintenance free backups. It’s important to note that this solution isn’t a virtualized backup solution (as in backing up the files that comprise a vm or leveraging native virtualization backup API’s) but a file-system level backup with agents installed and running within the operating system itself. 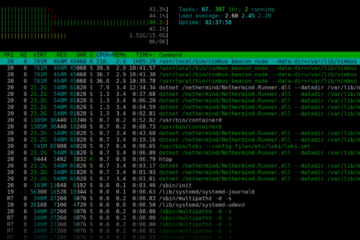 Ethereum and You… Validate or Die.

Setting up eth-docker for Ethereum Staking.